KETOSIS - WHAT IS IT? NUTRITIONAL KETOSIS. KETOSIS AND HYPOGLYCEMIA

Ketosis is a state of the body characterized by the presence of a large amount of ketone bodies in the body. This condition can occur for various reasons.

Currently, the connotation of the word ketosis is negative for most people, and many people may not be familiar with the term. The negative effect of ketosis comes from the combination of ketosis and ketoacidosis , which occurs mainly in type I diabetics and is a health and life-threatening condition. It should be added here that the body's production of ketones from fat is a completely normal process, and ketones are mainly used as a very efficient source of energy in the body.

Ketosis is a very informal term, and the PWN dictionary of the Polish language contains a completely different meaning of the word ketosis than the one used in medicine and dietetics.

The concept of nutritional ketosis has been created to distinguish the normal human metabolic state from the medical definitions of disease states . This concept was introduced by Dr. Stephen Phinney, MD, PhD and Dr. Jeff Volek.

Most cells in the human body are able to extract energy from both fat and ketones and glucose. The proportions of the use of individual energy sources depend on their availability. 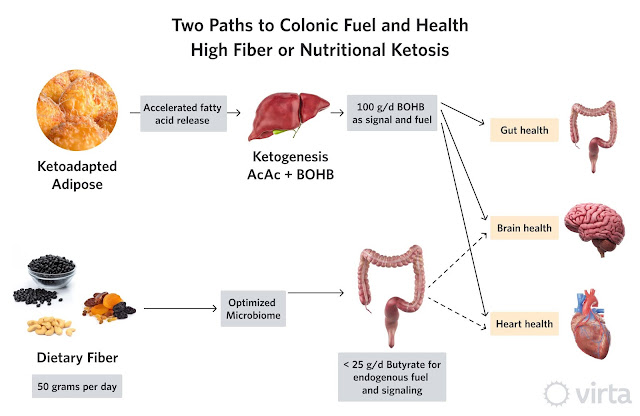 Fat will be the main source of energy in two cases:

At the same time, in the case of a complete, long-term lack of food or carbohydrates and a moderate supply of protein and any supply of fat, the main source of energy for the body will be fat accumulated in adipose tissue and fat from food.

It is logical that for positive metabolic effects, such as lowering glucose or insulin levels, it is important to reduce carbohydrates, not to have a complete lack of energy from food [ 1 ].

It has been assumed that the brain can only eat glucose. This is a commonly repeated untruth.

Ketones are a very important and good source of energy for the brain. In a situation where the brain has impaired ability to use glucose, eg in the case of Alzheimer's disease, ketones can be an alternative energy source for the brain, improving mental performance [ 2 ].

Another risk to the brain is hypoglycemia. It causes excessive sweating, nervousness, tachycardia, high blood pressure, tight chest pain, confusion (mental disturbance) and, in extreme cases, coma. In an average-eating person, lowering the blood glucose level to about 18 mg / dl with a high probability would result in a hypoglycemic coma.

However, the high level of ketone bodies in the blood in people with hypoglycemia caused by insulin injection made it possible to avoid the overt symptoms characteristic of this condition [ 3 ]. An organism adapted to use ketone bodies as an energy source becomes more metabolic flexible.

People with induced hypoglycemia avoided its symptoms, as ketones became the main source of energy for the brain and nervous system in the period of lack of glucose.

Glucose is only necessary for the brain (although it can rely a lot on ketones), the kidney medulla (Latin medulla renis) and red blood cells (since they do not have mitochondria). [4]

Ketosis is an adaptation of the body that allows you to efficiently use the stored supplies during hunger. During long-term food shortages, ketones reduce the need for glucose.

Lower demand for glucose slows down the process of gluconeogenesis , which in turn reduces the need for protein to produce glucose. As a result, the body spares muscles and other tissues and organs.

A similar effect can also be achieved by reducing or eliminating carbohydrates in food while limiting protein intake. A diet that meets these conditions is called the ketogenic diet or a ketogenic diet . Ketosis caused by prolonged lack of food may be called starvation ketosis .

Popular posts from this blog

Daily Fitness Exercise: How to Make It a Habit? 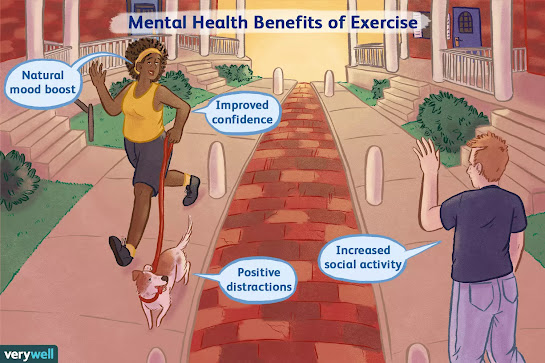 Many people have a difficult time sticking to a fitness exercise regimen, even when they’re taking healthy diet pill supplements or an energy booster. Sometimes it is due to a lack of motivation while other times it’s a lack of time.  However, there are certain steps you can take in order to improve your outlook on physical fitness exercise , especially when motivation is the obstacle standing between you and a fast weight loss diet. If you want to maintain your physical fitness exercise routine, one of the most important things to remember is to have fun. Make sure that your fitness exercise routine is comprised of something you enjoy. There are hundreds of sports and physically rewarding activities out there, simply chose something that you can look forward to each and every day. The biggest problem that most people experience is getting stuck with the same old routine. This is what makes us dread physical activity in the first place. So be sure to keep things fresh and exciti
Read more 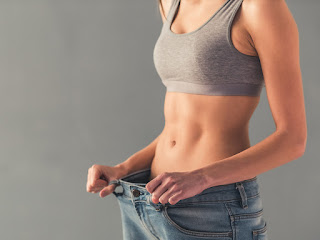 There are many   Weight Loss Program   methods for losing weight. Do you think that controlling your weight seems like a task, which is impossible to do? You plod along awkwardly, every inch an effort, every moment painstakingly   weight loss program   and cautiously executed. Then when some thing diverts your attention, tempting your will, putting you off-balance and before you know it you are back where are you started from, never even sure how you got there. Decide Which Weight Loss Program to opt Now that if you have made your mind to lose weight, you must decide what kind of  weight loss program  you want to follow and what kind of exercise program you prefer to do. Making up your Mind to Lose Weight Losing weight is a challenge, and in fact for some, it can be downright tough. It takes time, practice, patience, and lots of support to change a lifetime of habits. It is a process you must learn in order to succeed. You alone has the power to lose unwanted pounds. Actual reason for
Read more